Is Meaningful Use Too Successful? 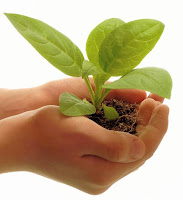 Approximately a quarter million clinicians and hospitals have signed up for Meaningful Use incentives to date. Of those, almost a hundred thousand have received over $5 billion in incentives. In addition to the registered providers, there are significant numbers of practicing physicians who do not qualify for incentives, due to payor mix or practice characteristics, and who are also buying and using EHRs. Perhaps this is a bit slower than the most optimistic projections, but the entire program seems to be forging ahead rather well, and EHR adoption is steadily increasing.

The EHR incentive program is funded by taxpayer dollars to the tune of $30 billion, in the midst of a harsh recession, and is supposed to motivate our health care providers to purchase EHRs because according to the White House, the Secretary of Health and Human Services, the Centers for Medicare and Medicaid Services (CMS) and obviously the Office of the National Coordinator for Health Information Technology (ONC), EHRs are the cornerstone on which the nation will build strategies to control health care costs while improving population health and quality of care for individuals. Since health care has urgent problems that need to be resolved now, health care providers are receiving incentives to purchase software now, use it in prescribed ways now, and the bar is continuously raised until the ultimate goals are achieved. In addition to direct cash incentives to health care providers, both CMS and ONC are funding, through grant making, all sorts of other health care innovation activities, including new technologies, new care delivery models and novel payment arrangements.

One of the ONC initiatives is the Strategic Health IT Advanced Research Projects (SHARP) program aimed at development of new health information technologies. The SHARP grants, of $15 million each, were awarded over 2 years ago to several universities, with the ultimate goal to accelerate health IT adoption. The SHARP grant for “Health Care Application and Network Design” was awarded to Harvard University to “facilitate information exchange while ensuring the accuracy, privacy, and security of electronic health information”. The grantees chose to focus on developing an iPhone-like SMART platform for assembling EHRs. Not sure how this ties into network design or the accuracy, privacy and security of health information, and admittedly I have often expressed many reservations regarding the entire iPhone paradigm, both here and elsewhere, but this was 2 years ago.

This month’s issue of NEJM contains an article written by the Harvard SHARP grantees which is essentially a blistering attack on the EHR products currently on the market and those who manufacture and sell them. According to the authors, it is only a myth “that medicine requires complex, highly specialized information-technology (IT) systems”.  Since both authors are physicians, let’s assume that they are correct and medicine is as simple as they contend, in which case it is rather unclear to me why after two years and with $15 million in funding, they have not solved the problem in its entirety.

The answer is of course based on the vilification of very successful EHR vendors, since the authors “believe that EHR vendors propagate the myth that health IT is qualitatively different from industrial and consumer products in order to protect their prices and market share and block new entrants”. Although I don’t believe there is a dark EHR vendor conspiracy out there, and I don’t believe that health care has much in common with Twitter, Facebook and iTunes, I do agree that health care IT is similar to other “industrial” products, like say, banking, which maintains huge proprietary systems, based on Oracle and IBM software (very expensive) in private data centers (no Amazon clouds), and as funny as it may seem, one of the largest online brokerage firms is using the same MUMPS database as one of our largest EHR vendors, which by the way, is also used by the European project that is mapping the Milky Way galaxy. Just because something was first invented in the sixties (like the Internet), it doesn’t mean it has not changed since, and it doesn’t necessarily mean that it is now obsolete. Anyway, as it turns out, other industries cannot run multimillion dollar businesses with free iPhone apps either. Bummer.

Speaking of mythology, the article goes on to regurgitate the most common myth, asserting without citation that “[c]ommercial EHRs evolved from practice-management (i.e., billing) systems, and in response to the patient-safety movement, vendors tacked on documentation modules and order entry for physicians”. Really? Did Cerner start out as a billing system? Did Epic? What about the many smaller ambulatory EHRs, like Amazing Charts, that don’t even have a practice management module? And how about the shiny new entrants who seem to not be as blocked out as the authors imply? How about Practice Fusion and athenahealth? No, they are not built on a bits and pieces apps model, but they are new and doing rather well, I believe. One with no billing at all and the other ironically, exactly evolved from a billing system, and both regarded as great innovations.

The frustration expressed in this article is pretty common fare from folks trying to enter the EHR market only to discover that the simplicity they envisioned from the outside is nothing more than a mirage. Health IT is a cruel temptress in that way, and many have succumbed to her lures of quick riches. However, this particular article was written by people who are funded by ONC as part of a national effort to get doctors and hospitals to buy and use EHRs, and this article is titled “Escaping the EHR Trap — The Future of Health IT”. Are the authors arguing that the EHRs that ONC wants people to purchase today are a trap? Should doctors and hospitals stop their Meaningful Use efforts and wait until Harvard, if “properly nurtured” (with more taxpayer dollars, I presume), comes up with their version of EHR? Does ONC support this position?

On the ONC website, the description of the Harvard SHARP grant opens with this sentence: “Today's HIT environment is largely populated by outdated one-size-fits-most systems”. This is the same website that was purpose built to encourage health care providers to buy EHRs. Is ONC knowingly paying hospitals and doctors billions of dollars to buy “outdated” systems? I don’t think so, but I do believe that ONC should come up with some sort of response to this article, and perhaps be more careful with the contents of their website and with their grant making processes.
Facebook Twitter Telegram