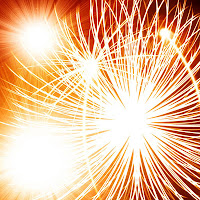 Dr. Gawande has a new article in the New Yorker suggesting that hospital chains may very well be the solution to our health care problems. Dr. Gawande has a very engaging writing style and in addition to writing for the New Yorker, he writes books and delivers memorable speeches and he is also a surgeon at Brigham and Women’s hospital in Boston. In recent years, Dr. Gawande’s writings have become the cornerstone of health care policy and none more so than his 2009 New Yorker article explaining the inexplicable health care cost explosion and the variability of medical expenditures across the nation. As the New Yorker itself proudly noted, President Obama himself had a most fortuitous epiphany after reading the New Yorker article, and summarily decided that “This is what we’ve got to fix.”

In “The Cost Conundrum” Gawande explored the differences in expenditures for Medicare beneficiaries in two Texas towns whose names became synonymous with our health care issues, the expensive McAllen and the rather cheap El Paso, concluding that “across-the-board overuse of medicine” induced by “a culture of money” was the root cause for the “extreme” expenditures in McAllen. The article, accompanied by an illustration of a patient dressed like an ATM machine, quickly became the foundational axiom at the base of health care reform efforts, and Peter Orszag (the then OMB Director) immediately adopted this axiom and translated it into hard dollar amounts: “The result is an estimated $700 billion a year spent on health care that does nothing to improve patient health, but subjects you and me to tests and procedures that aren’t necessary and are potentially harmful – not to mention wasteful.”

One could identify here the beginnings of the currently undisputed rhetoric about a 30% waste in health care, the associated slogans of “more care is not better care”, “pay doctors for value not volume”, and the need to rein in greedy doctors who are knowingly harming patients to enrich themselves through the unfortunate fee-for service payment model. It didn’t matter much that respected researchers like Drs. Robert Berenson and Jack Hadley from the Urban Institute repeatedly disputed the findings of the Dartmouth Atlas on which the Gawande axiom was based. It didn’t even matter that Medicare itself came up with different numbers which show that McAllen is not really that expensive after all. Once the President decided that “this” is what we’ve got to fix, by golly “this” is what we are going to fix, whether it needs fixing or not.

Next Dr. Gawande turned his attention to learning from other industries and applying lessons learned to the troubled health care system. The first such industry was Agriculture, which has come a long way from “strangling the country” at the turn of the 20th century to today’s seemingly bottomless pit of cheap, genetically altered, antibiotics, pesticides, preservatives and other carcinogens laden foods, produced by sub-minimum wages illegal immigrants, and pushed by vertically integrated agribusinesses to every supermarket and every 7-11 across the land. Dr. Gawande is crediting this major development to Government intervention in the form of local extension services to diffuse experimental technology innovations to uneducated and initially resistant farmers, and to various assistive regulations. He sees a similar experimental approach being taken by the Affordable Care Act (ACA) and is hopeful that current health care initiatives will have the same beneficial effects as observed in agriculture.

Aviation with its almost perfect safety track record was the next industry to attract Dr. Gawande’s attention. The checklists used by pilots in commercial aviation seem to have some applicability to medicine. Although checklists were used by others with great success in health care, Dr. Gawande published an entire book on the subject and called it a Manifesto. Next came the race car industry, and in a commencement address at the Harvard Medical School, Dr. Gawande informed the class of 2011 that medicine needs them to be “pit crews” instead of traditional “cowboys”. I don’t know if Dr. Gawande watches too many John Wayne movies or too few car racing events, but old-time cowboys, although versatile and capable of performing many tasks, always worked in coordinated groups of various sizes and compositions, depending on the size of the outfit that employed them. By contrast in a pit crew, one member’s responsibility, which is strictly defined by regulations, starts and ends with the left rear lug nut even if the entire car is on fire. Despite the poor choice of words, the message is the same: standardized, repeatable protocols of care delivered by “medical systems” are superior.

In this month’s issue of the New Yorker, Dr. Gawande takes the systems approach to its logical conclusion. We need Big Medicine. We need chains of hospitals and clinics. Big chains, like the Cheesecake Factory. It seems that health care can also learn from the restaurant industry or retail in general, since CVS and Walmart are also fondly mentioned in the article. According to the story, Dr. Gawande and his children had a lovely dining experience at the local Cheesecake Factory establishment, ergo chain restaurants when managed well, can deliver a fantastic culinary experience for a rather affordable price. Of course, we all know that there are hundreds of other chain restaurants that cannot, and Dr. Gawande himself seemed very protective of his reservations at Per Se, but maybe the reason the Cheesecake Factory is so successful is the automation and team approach to food preparation. No Iron Chefs here. A well-oiled (no pun intended) machine of  managers and sub-managers and workers at various stations of cooking, cleaning and learning on the job, eerily similar to pit-crews, each responsible for a prescribed piece of work, manage to create in aggregate a consistently repeatable faux upscale dining experience for people who have no idea what Per Se is.

Exploring the excellence of chain establishments is not unique to Dr. Gawande, although he may have just turned it into official policy. Similar arguments were made recently by Dr. Peter Pronovost, comparing health care to the exclusive Capella hotel chain, an offshoot of the Ritz-Carlton glitzy chain, and reached similar conclusions. One could wonder how these learned essays would address what most people recognize as hospitality chains, such as Applebee’s, Chili’s, Holiday Inn or Motel 6. One could also observe that anybody with no particular credentials could open a restaurant or a Bed-and-Breakfast, or work at such “one-of-a-kind” place, just like there are no particular education and licensing requirements for working on a farm or for becoming a cowboy. A very interesting experiment would be to require that each mom-and-pop restaurant should have a Parisian Cordon Bleu graduate in order to open its doors, or that every Bed-and-Breakfast would need a Glion graduate on staff. I wonder if in that case, anecdotal evidence from hand-picked hospitality chains would still compare favorably to the one-off little establishments. I suspect not.

Dr. Gawande is proposing that medicine should become Big Medicine and doctors become broiler “chefs” with a computer monitor controlled by “headquarters” hanging above their “station”, or perhaps we don’t even need those super educated doctors and scullery maids can work their way up to “management”, just like his protagonist in the New Yorker story did, because he knew of no other place where he “could go in, know nothing, and learn top to bottom how to run a business”. They used to teach medicine that way before we had medical schools too.
So based on one dining experience at one chain restaurant, “liberals will have to accept the growth of Big Medicine, and conservatives will have to accept the growth of strong public oversight”. Just like we had to accept the growth of Big Farms, Big Banks, Big Automotive, Big Retail and Big Corporate everywhere, all with strong lobbying oversight and strong public subsidies and bailouts as necessary, and a slowly evolving definition of quality to mean cheap enough to keep the nouveau poor from jumping out of the experimental pot of boiling water.
Facebook Twitter Telegram