EHRs Can’t Talk to Each Other? 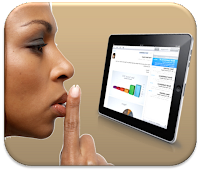 When the hypothetical naked, unconscious and alone patient presents at your ER with no immediately evident reasons for his distress and presumably holding his driver license between his clenched teeth, would you find it helpful if you could see a nicely typed, or hand written, list of diagnoses and current medications for this hapless person?

When a family moves across the country and brings in their eight year old for her first visit with the new pediatrician, would it be helpful to see a slightly fuzzy image of her immunizations list from back home?

When an elderly patient you’ve been seeing for umpteen years is shipped to the hospital in the middle of the night, would it be helpful to find the admission record in your to-do list for today?

Perhaps these things would be nice to have, but EHRs can’t talk to each other, so before any of these miracles can occur we must make EHRs communicate. How do we make EHRs talk to each other? That’s simple: we look at how people talk to each other, and apply the same principles to EHRs. Thus, EHRs have to share the same language, use the same syntax, know when to speak and when to listen, and when not in physical proximity, use a variety of paraphernalia to carry voice over large stretches of land and sea. And since EHRs are really computers and this is after all the 21st century, we have the blueprint for a solution in our hands, because any computer in Papua New Guinea can talk to any computer in Boonville, Missouri. How? By using the magic of the Internet.

The Internet is a collection of electricity, plastic, metal, wires and thin air that can carry incredible amounts of yes/no (+/-, 0/1) payloads from any one point to another.  The magic of the Internet is the set of agreements between all users of this global town hall on how to transport and process the yes/no (standards) and how to combine all yes/no blips into meaningful content (software). It is really magical because I can’t think of any other subject on which humanity agreed to agree. When you think about it this way, how awful it must seem that EHRs cannot agree to agree with all humanity, join the town hall conversation and talk to each other on our Internet, particularly since all EHRs, without exception, are using the Internet to talk to all sorts of other entities, but for some peculiar reason, they refuse to directly address each other. How rude.

So our government, in its infinite wisdom, and for the benefit of the citizenry, has decided to crack down on these rude EHRs and force them into polite discourse on the Internet, and in deference to their historical aloofness, the government is building an Internet just for EHRs, so they feel special. The Health Internet will still use the plastic and metal of our Internet, but it will have brand new agreements on how to move those yes/no bits across the wires, and all sorts of contracts and definitions on how to combine them into a meaningful exchange. To that end, our government is busy defining standards and regulations and terminologies for EHRs to use when talking to each other, because what EHRs have to say is so important, so complex and so sensitive that they cannot possibly be expected to convey the true meaning of their information through the plebeian Internet we all use. Didn’t I just say that EHRs are already using the plain Internet to talk to other entities? Yes, and in all fairness, EHRs have never actually said that the plain Internet is not acceptable to them, but the government, being a kind and thoughtful government, figured that this may be the case, and it is always best to provide solutions where no problems exist, just to be on the safe side.

Using the good old Internet, a fairly experienced EHR vendor will connect you to a reference lab in about a week and shouldn’t charge you a single dime for the pleasure. A true Software-as-a-Service EHR, like athenahealth or Practice Fusion, could just “flip a switch” and have your EHR conversing freely with the lab. An even faster switch flipping event will connect you overnight to every pharmacy in the country and every health insurer too. If you have a nice EHR, (not expensive, just nice), a click of a button will send whatever you want to send to whomever you want to send it to. If you have a nice and service oriented EHR, like athenahealth, the stuff you receive from others will “magically” appear in your patient charts. This is called electronic faxing and it uses the Internet around the “antiquated” telephone endpoints. So does this mean that your EHR can talk to other EHRs after all?

Not quite. It is true that by using the F protocol (fax) your EHR can create an image of your documented thoughts and transmit it to another EHR to display this picture to another clinician, so you can “talk” to another doctor, but the EHR itself is left out in the cold because it cannot understand what you two are saying. The EHR is thus just a dumb messenger, shuffling pieces of paper from one master to another. And this is a huge problem for policy makers, although not so much for patient care (see opening questions above), because now your EHR cannot slice and dice, incorporate, analyze, aggregate or report on your conversations, so you can pretty much forget about clinical decision support for yourself and population management for everybody else. Of course, you are already collecting significant amounts of information that your EHR can understand (all those click boxes), so why not let your EHR into the conversation and let it exchange information with other EHRs in its own language of yes/no, +/-, 0/1? After all, that’s how it talks to labs and insurers, and nuances of human narrative seem to be disappearing into 140 characters, grammar free and syntax free, communications anyway.

Seeing that there are hundreds of different EHRs out there, deployed in thousands upon thousands of different configurations and locales, this seems a pretty daunting task, until we remember that there are thousands of pharmacies too and all sorts of pharmacy software packages floating around and your EHR can talk to all of them. The private market solution to this problem is to have everybody send everything to one central place specializing in sending things to everybody else, a giant Post Office on the Internet if you will, and we call it a clearinghouse. This could be built today. Right now. And Surescripts is making a feeble attempt to use the new Direct secure email protocol to do just that, but this is not catching on because the power of the clearinghouse is not in routing emails; we can do that on our own. The power of a clearinghouse lies in its ability to facilitate standardized, bi-directional, and real-time if necessary, Electronic Data Interchange (EDI), in other words make EHRs talk to each other, and all EHRs out there speak HL7 in many dialects. So what’s stopping EHRs from talking to each other in this facilitated manner?

Until recently, the only thing preventing EHRs from chatting over the Internet was corporate policy prohibiting this type of socialization outside corporate boundaries. It was a business decision made by those who own and use EHRs (not those who make them). This may be changing now (to a small degree), since the business of health care is changing, but we have recently run into another obstacle, which was intended to accomplish the exact opposite of what it is accomplishing. It was decided that clearinghouses are an outdated model of communications and that the current Internet is not good enough to accommodate the new and improved vision of how EHRs should communicate through networks of Health Information Exchange organizations. It costs physicians between nothing and a few pennies to use old clearinghouses services today, but it seems that connecting to the new Internet may be cost prohibitive for small practices and the proposed replacements to clearinghouses are struggling with something called sustainability. Existing clearinghouses are the products of many years of market consolidation and technology development and are very profitable now. Adding simple clinical transactions to their existing portfolios shouldn’t be too much of a stretch and the bigger the clearinghouse, the larger the economies of scale.

Obviously, the new Internet does not exist just yet and the new paradigm has never been validated to work on any significant scale, and so we wait for the countless committees our government has put together, with new ones seeming to crop up every day, to figure out their charters and mission statements, and define something that can be prototyped and later tested by volunteers somehow, and maybe turn out to be the new Internet - a more expensive, more complex and more fragmented version of what we have today, which may or may not survive market realities. In the meantime, if you are “just” a doctor taking care of patients, keep doing what you’re doing and if you can replace the print-fax-scan cycle with electronic faxing or secure email from your EHR, by all means do so. Of course, you could always pick up the phone and call someone. Information is information, and some of us can still talk, read and write. As long as you take good care of your patients and are able to find ways to communicate with other care facilities, very little else should be of concern. When all the trials and tribulations are exhausted and EHRs are finally allowed to talk to each other more efficiently, you will be the first to know.
Facebook Twitter Telegram