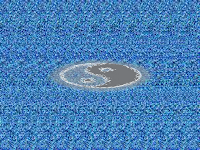 On Thursday, June 28, 2012, the Supreme Court of the United States decided that requiring all individuals to purchase health insurance from a private corporation, or suffer a penalty, is an unconstitutional exercise of Congressional power, but if you stare at the Patient Protection and Affordable Care Act (PPACA) for long enough, at a certain angle, in a certain light, you can see a tax form, materializing above the viewable details of the act. Since Congress has plenty of latitude on taxing schemes, the health insurance tax, previously known as the individual mandate, was left standing as is.

This great innovation from Chief Justice Roberts was hailed as “A Marbury for our time”, referring to the landmark case of 1803 where Chief Justice Marshall asserted the right of the Court to invalidate acts of Congress if judicial review concluded that the acts are unconstitutional. The Roberts Court of 2012 is expanding the definition of judicial review from the review of actual acts of Congress to the review of what could have been acts of Congress, or a contextually appropriate mixture of the two. The trick here is to know when to plainly look at the legislation and when to concentrate and apply a wall-eyed or cross-eyed technique to discern the hidden meaning that could have been hidden by the content in plain view.

The Court began by looking at the PPACA as it appears to the untrained eye and declared that the Anti-Injunction Act (AIA) is not applicable to the penalty required from those who choose not to obey the individual mandate because said penalty is not a tax and the AIA is only applicable to taxes. This was followed by a blistering opinion explaining that the Commerce Clause of the Constitution cannot be expanded to give Congress the ability to force people to become active in a particular form of commerce by imposing penalties on inactivity, which is both unnecessary and improper. However, as the Chief Justice wrote, “[t]hat is not the end of the matter”. While continuing to look closely at the act, it seems that what looked like a penalty for not buying insurance to the untrained eye, is shaping up to be “imposing a tax on those who do not buy that product”. Ironically, a few pages prior to this momentous discovery, Chief Justice Roberts found it necessary to quote John Marshall in Gibbons: “[T]he enlightened patriots who framed our constitution, and the people who adopted it, must be understood to have employed words in their natural sense, and to have intended what they have said”. It seems that today’s enlightened patriots need not be understood in the same way, and there is no reason to assume that they actually intend what they say. Fair enough. At this point, it must have been too late to apply this realization to the AIA ruling, but not too late to let the individual mandate survive the constitutional challenge, because Congress can tax almost as it pleases. Almost.

If you think about it, applying a penalty to inactivity is just the Yin to the tax break Yang. So instead of giving those who purchase insurance a tax break, we can exact a penalty from those who do not purchase insurance. The latter has the advantage of increasing revenue without the added step of increasing the general tax burden first, and has the same effect. We are all familiar with tax breaks for various activities and the difference is only semantic. For example, instead of giving you a tax break for buying a fuel efficient car, the government could impose a penalty if you buy a regular car. Instead of a tax break for your mortgage, you pay a penalty if you choose not to buy a home. Instead of getting a tax break when you have a new baby, the government could penalize you if you don’t. Same thing, right? Yin-Yang.

This may be by far the most significant innovation introduced by this ruling. Congress now has a brand new, one-step, process to raise revenues without explicitly raising taxes. Better than cold fusion and almost as good as perpetuum mobile. Who needs to torture the old Commerce Clause when our visionary conservative Chief Justice set a powerful precedent for endless ways in which to penalize (i.e. tax) the people?
Facebook Twitter Telegram